How the Auto Industry Adapted to Please Women

A look at various changes over the years

The automobile as we know it has been around for a little over a century, and in that time it has evolved to better suit the needs of drivers, including women. Some of the results were interesting; others simply stupid (I invite you to read my 2012 blog about the huge flop that was the 1955-‘56 Dodge La Femme).

Today, the auto industry is far more connected to the reality of women and the role they play (beyond their objectified presence at car shows around the world). Not only do modern women belong in the auto industry, but they also influence shopping decisions and often have the final say. 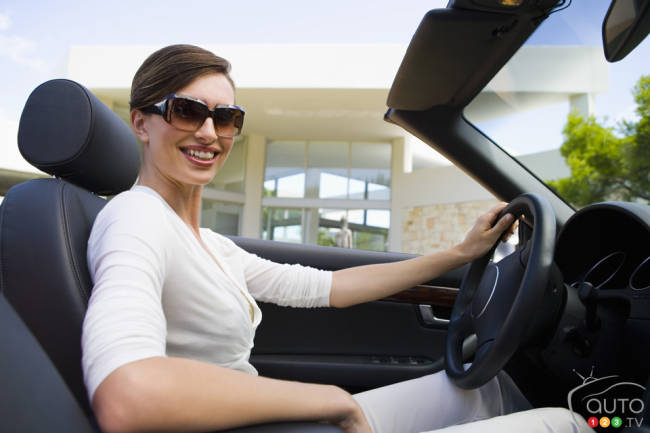 Automakers understand that women have different wants and needs than men when it comes to buying a car. While the latter crave big displacements and rocket-like acceleration, we mainly focus on things like safety, reliability, and fuel economy.

Have you noticed how car companies emphasize these attributes in their latest ads? It only makes sense given that women hold 60% of the weight in car-buying decisions and influence about 85%-95% of all purchases according to studies.

With regard to car design, women generally prefer rounded shapes, while men look for sporty, aggressive silhouettes. Back in 2004, Volvo developed the YYC concept using an all-female team, which at the time felt like a revolution. It boasted numerous women-friendly features that appeared trivial to men, but made a world of difference to us including:

All but that last one failed to stick around, although we've since been treated to a number of improvements and innovations such as a start-stop button and automatic door and tailgate opening -- a real blessing especially with a baby in one arm and a couple of grocery bags in the other!

In the end, car manufacturers have managed to adapt to the fairer sex. With more and more women working in all levels of the auto industry, this should no longer be a surprise.