What if we lose the basics?

A few times now I've had the opportunity to speak to impressionable young minds about being a journalist and writing about cars. I've enlightened them on what it means to do what I do, and generally am met with rapt attention and the same types of questions: "What's the best car you've ever driven?" "The fastest?" "The most expensive?" "How can I do what you do after school?"

However, recently I met with a group of students who wanted to know more about the future of cars and less about their future of careers, which was fine with me.

From hybrids to EVs to onboard technology, these students were eager to hear about the latest and greatest behind the wheel. They all knew the Tesla and I introduced them to the i3 and Cadillac ELR. They were fascinated. We spoke about range anxiety, charging stations, and the price of plugging in your car every night vs. going to the gas station every week. We also spoke about performance and the difference between EVs and gas-powered engines.

Then we got onto the topic of in-car technology. I explained safety systems like blind-spot detection, laser-guided cruise control and lane-departure warnings and even systems that will guide you back into your lane should you drift over the line.

They were in awe.

Except for one student. She'd been listening in silence the entire time. I wasn't even sure she was listening, until she raised her hand ever so slowly. I stopped my blabbing and nodded in her direction:

"But, what happens if we lose the basics?" she asked in all innocence. "What happens if all those systems break down but it's all I've ever known? Does that mean I won't know how to drive anymore?"

And it made me stop and think for a second. First to consider what it was she meant, and then to consider the possibility that, yes, we are losing the basics of driving because of the way our cars "drive" for us now. Forget the age-old manual vs. automatic debate and consider that with new onboard gadgets you don't even need to turn your head and check your blindspot anymore, don't need to turn around when you're reversing because of cross-traffic sensors, back-up cameras, and the lot.

The most logical answer is driving schools. They form the basis for every drive on the road, they are the first line of defense. So, should driving students learn the basics (and I do mean basics) on pre-technological vehicles stripped of anything other than power steering? I think that might be a fantastic idea. Make every driving school vehicle an early-‘90s era with a manual transmission.

We're losing the basics in so many areas of life (which is a topic for an entirely different blog), and it's time we embraced them again and took a moment to learn how to use a rotary phone before talking to Siri. 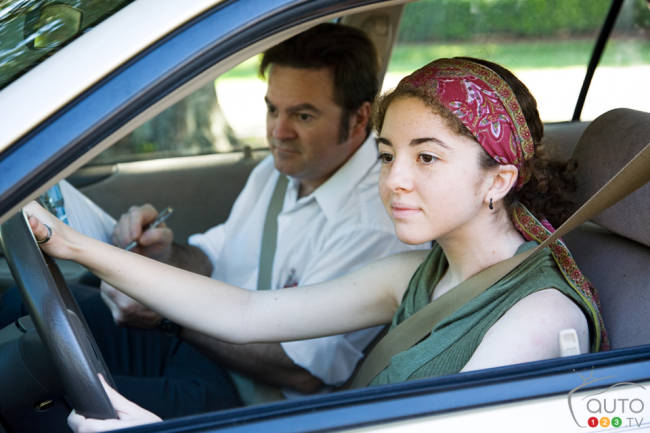