The Importance of Lighting

Recently, I was invited to Ingolstadt, Germany to experience what goes into the lighting technology in Audi vehicles. From laser headlights to OLEDs and fibre optics, there's some pretty amazing engineering that goes into the lights we're so used to seeing on the road, I think we often overlook them.

Well, I had no choice but to look straight into the souls of the Audis on display at the testing facility in Germany, while various engineers explained what went into developing and researching the very best lights to outfit a vehicle with. For Audi, it's a combination of aesthetics, dynamism and interaction that drives their light designs.

Audi headlights and taillights do more than just look good; they convey a message to other drivers on the road. And with the integration of laser headlights (which will appear first on the new R8 and at the moment only in Europe) the possibility for "communication" via lights is even higher. Audi engineers spoke about the possibility of writing messages on the road ahead to warn pedestrians or other motorists via laser lights up front ... it was pretty wild stuff.

OLEDs and fibre optics allow for even more communication via headlights, taillights, and even interior lights. From doors that glow red on the inside to warn of oncoming danger before you decide to open the door to rear lights that look like a swarm of angry bees in constant movement, changing and moving depending on the situation and what it wishes to convey to the motorist behind: fast and glowing for a fast stop, slow and dull when not in use.

Already Audi features a nifty lighting sequence feature in the rear to communicate harsh stops and sudden braking. If the driver applies a severe amount of pressure to the brake pedal, a larger portion of the rear lights will illuminate and the hazards will also turn on for added warning to those around.

Lights show us the way, they illuminate a path, they warn; they dazzle; they keep us safe; and now we understand that they can also keep us informed. Audi understands this and is working hard at making their lights more beautiful and even more informative.

There's a bright future in automotive lighting, and I for one can't wait to see what's in store. 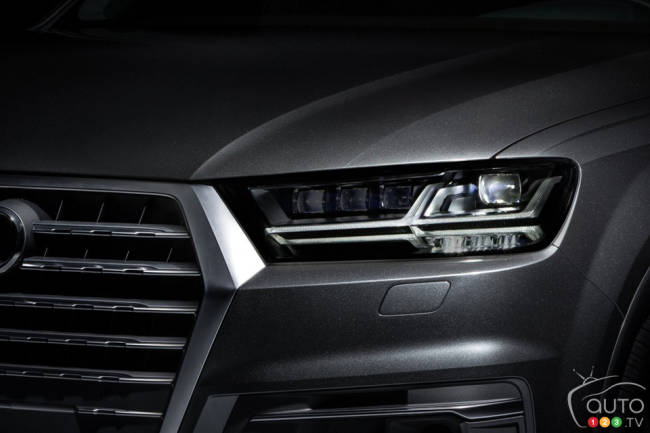