In addition to spring, summer, fall, and winter, there is what I like to call a "fifth season." It starts in early spring, covers all the hotter months, and extends up until the first snowflakes hit the ground -- sometimes even after. And I swear this particular season lasts a little bit longer from one year to the next!

No, I'm not talking about allergy season, but rather roadwork season.

Gridlocks, closed lanes, reduced speed limits, detours... Whatever good can come of roadwork, it doesn't make it any less frustrating when you're stuck in the middle of it. Even worse, I seem to keep discovering new roadwork areas every day. It's like blowing on a seed-headed dandelion: It spreads and then grows everywhere around.

Beyond the traffic delays, however, the thing that angers me the most (to put it politely) is the bunch of self-absorbed drivers who fail to obey the various signs, and don't care about other road users. These are the same lunatics who sprint along the shoulders until they stumble upon a group of workers (or a police car) and have to jam on the brakes. They're also among the countless drivers who ignore speed limits and attempt bold manoeuvres near roadwork areas.

Seeing how recklessly some individuals are on the road, I can only imagine how scared to death some of those workers are. According to a newspaper story from 2011, 1,236 of them were involved in an accident on Quebec roads between 2007 and 2009. Sadly, 10 didn't make it out alive.

Despite tougher laws and penalties, a number of drivers still cannot grasp the tragic consequences their dangerous actions might have. Yet, they should know that reducing speeds allows you to react more quickly and make better decisions if the unexpected happens.

Caution is the word

As roadwork areas pop up across the country, I'm begging you to show some caution and courtesy behind the wheel. Don't just think about yourself and your precious time; be mindful of everyone around you, especially those working hard to make our roads safer.

Whenever possible, take an alternative route. I've said it once, and I'll say it again: The quickest link between two points on a map isn't necessarily the highway. Using byroads that take you through cute little towns -- and away from all those orange cones and traffic jams -- is so much more pleasant... and relaxing! 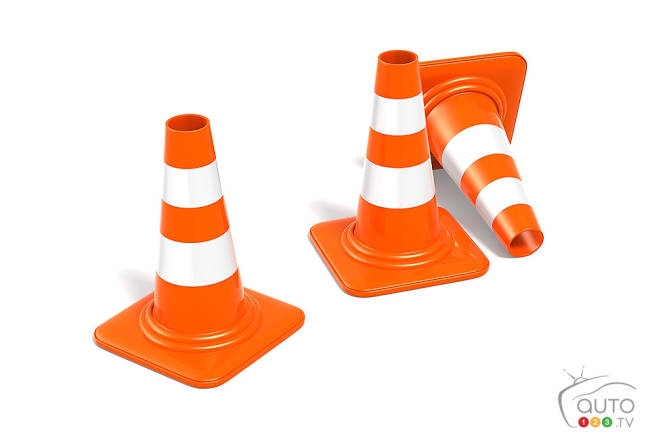