The changing rules of a manâs game

I was assigned to write a story about how the auto industry is not a man's game anymore, and I live to please my slave-dri ... um, I mean editors here at Auto123.com, so that's what I'm going to do.

But it ain't going to be easy.

In January, when Sue Cischke retired from Ford, Forbes ran the headline "Motor City loses one of its rarest breeds: A woman car executive." The author called Cischke part of a "very elite" group; her absence means there are nine women among 74 people listed as senior officers or top management at GM (4), Ford (1) and Chrysler (4). Note that there are other female veeps, but they're not listed as officers or senior management on the websites. 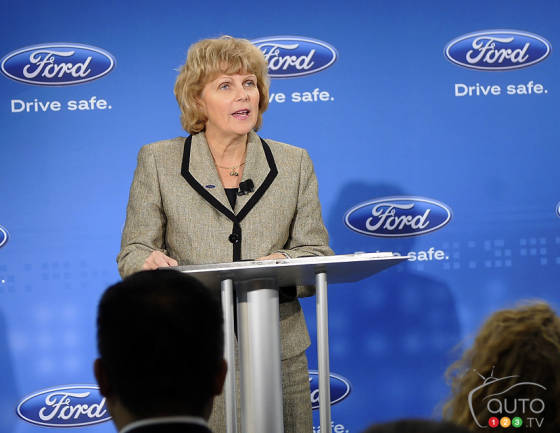 "Rarest", "very elite" - you can see where my difficulty is going to come from. (And thanks, Forbes, for doing the research for me.)

Everything being relative, rather than ask myself whether it's still a man's game (I think we all know the answer to that one), a better question would be whether the automotive industry is that different from any other.

According to women in business advocates Catalyst, women make up 34.2% of all full-time students in the top 10 MBA programs in America. In 2007 and 2008, Catalyst surveyed almost 10,000 alumni from 26 leading business schools in Asia, Canada, Europe and the U.S. They found that even after correcting for years of experience, industry and global region, women were more likely than men to start their first post-MBA job at a lower level: 60% of women started on their post-MBA careers on the lowest run of the corporate ladder, compared to 46% of men.

Men had higher starting salaries, even after correcting for the same factors, at a premium of about $4,600 annually. Men were twice as likely to reach the CEO/senior executive level, and had higher salary growth. Even among men and women who started in entry-level positions, graduated in the same year, and were otherwise identical in profile, men outpaced women in terms of promotions and pay.

(To be fair, the U.S. Bureau of Labor Statistics says that employed men work slightly less than an hour more a day than employed women, which can be partly accounted for by women being more likely to work part-time, but even among those working 35 hours or more a week, men work 8.3 hours, compared to women's 7.7.)

By Forbes' numbers, about 12% of the top executives in the auto industry are women, compared to a corporate average of about 14%.

In a 2010 special feature of Automotive News, editors celebrated 100 Leading Women from all areas of the automotive business. Of those 100, two-thirds were not on a similar list in 2005, and nearly half of those on the list in 2005 had left for other industries. (And the 2005 women outranked the 2010 women on average.)

"Women seemed to be making great strides in the executive suite in the late ‘90s and early in 2000," says Sarah Stachowicz, co-chair of the marketing committee on the board of the directors of the Automotive Women's Alliance Foundation, a not-for-profit dedicated to supporting the advancement of women in the industry. "It seems to have shifted the wrong way in the last few years, I think because we've lost some of the women who made it, and we're not replacing them.

A bigger question is, why did we lose them? I also believe that there has been less focus on demanding a diverse work place with the downturn in the American economy."

A sentiment echoed in Automotive News by Anne Stevens, once the industry's highest ranking woman as COO of Ford. "I would say the priority of a diverse leadership team and a diverse work force is a lot less in 2010," she said, comparing the 2005 auto industry to today's.

"It's not just the auto industry," Stachowicz says, "albeit this industry is close to home and behind some other industries. Women need to support one another and there needs to be more critical mass in the boardroom. One female cannot be as effective or have the impact on bringing in diverse talent without strong support."

So, are women being deliberately held down? Or is there simply something in the game of big-stakes business that is more appealing to men than to women? Anybody who watches Dragons Den knows Arlene Dickinson is a much more empathetic, emotional Dragon than Kevin O'Leary. Are the Kevin O'Learys of the world simply better suited? (And why isn't anybody wondering why men are underrepresented in nursing? Or child care? Hairdressing? Elementary school teaching? Accounting? Are some things just hard-wired?)

"Women are very collaborative," Stachowicz says. "But I do believe women should be more open about seeking the next promotion opportunity. There tends to be a feeling that it will come to you if you simply work harder and perform better. Women are more empathetic. Women see the grey and not just the black and white. We have different ways of looking at solutions. We need both a man's and a woman's way of thinking to get the best results."

So the issue is not whether it's a man's game, but whether the rules of the game are (or at least becoming) fair and unbiased - can any women who is as passionate about business (and preferably about cars, although it's bean counters and not car guys running the industry these days anyway), and as good a leader as the best male candidate still get the job? Maybe not just yet, but someday?

"It seems to me that we need to think of business more as a team sport," Stachowicz says.

"Confidence, openness and a willingness to take risks are pre-requisites to success. These are not necessarily barriers, but certainly some of the challenges women may face more than men."