The beauty (and beast) of ESP

Ah, the joys of traversing snow-laden, ice-covered roads behind the wheel (note the sarcasm).

Driving in the snow can be fun. Note I said, "can" because it's not always handbrake slides and power drifting for most. Snowy, slushy, slick conditions can be harrowing for some (if not most). Understanding how your car works in such conditions, and how you should work with it to keep yourself and other motorists on the road safe is key to surviving this horrendous season.

That's where manufacturers like Mercedes-Benz come in to play. While they aren't the only ones to do it, the German automaker offers a Winter Driving Academy to the general public (and you don't need to be a Mercedes owner to participate) to help you be the best cold-weather driver you can be.

Armed with the brand new CLA 250 4MATIC and B 250 4MATIC whips, we were lead onto an icy track carved on a boating storage area. With a slalom course, skid-pad and braking area, the Mercedes-Benz winter driving instructors set out to show us what it really means drive a 4MATIC Merc on snow and ice.

As the new 4MATIC stars, the CLA and B-Class were the only models on hand for us, however, should you choose to sign up and pay for the Winter Driving Academy full-day program, you'll also get behind the wheel of the C 300 4MATIC, GLA 250 4MATIC, ML 350 BlueTEC 4MATIC and even a C 63 AMG Coupe and SL 63 AMG Roadster, amongst others.

More important than the cars, actually, are the lessons you'll learn behind the wheel. Regardless of the crest on the hood, it's the ability to effectively control your vehicle in less than ideal conditions that really matters here.

With a focus on skid control, braking distance and control on slippery roads, the Mercedes-Benz instructors set out to learn us a thing or two on the snow by properly explaining the function of ESP and how we as drivers can let it help us in bad road conditions. And learn us they did.

The beauty (and the beast) of ESP

ESP or Electronic Stability Programs are there to help you out in sticky situations. They often influence throttle input, power sent to individual wheels, and braking. Together, they are there to either keep you in a straight line or get you round that corner you realize you can't actually make.

The feeling ESP elicits upon activation can be disconcerting. Often it completely deadens the go-pedal, you may hear a dull thud or tapping as the wheels try to find grip and ABS kicks in, and the general reaction is to steer frantically to try and get traction and mash the throttle to try and power through the corner you are trying to make in your all-wheel drive vehicle. Both of these reactions are completely wrong.

ESP works the very best when you let it do what it's supposed to do and offer no other input. The moment you feel your 4MATIC vehicle sliding, get off the throttle and leave the steering wheel where you placed it. I promise you the car will snap back to its intended line. It's almost like magic. In essence, the 4MATIC system is assessing which wheel has the most grip (and which the least) and is sending power accordingly to keep you where you want to go. By changing the direction of the wheel, you're making it difficult for the system to choose which wheel it wants to help you out with. So let it do the work.

On the other hand, it's very hard to relinquish control and to allow the car to go "dead" while it fixes itself. Turning the ESP off is a possibility in the 4MATIC Mercs and gives you the ability to power slide all you want, but it also means you have to provide much more input in those sticky situations, and truthfully not many people know how to control their cars when they get like that.

The average buyer of a B-Class or CLA 4MATIC will be uber pleased with the ESP system on their German car. It will take the guesswork out of winter driving, but it's not so intrusive that it makes driving in sketchy conditions impossible or annoying. It's simply there to help you, guide you, and keep you safe. 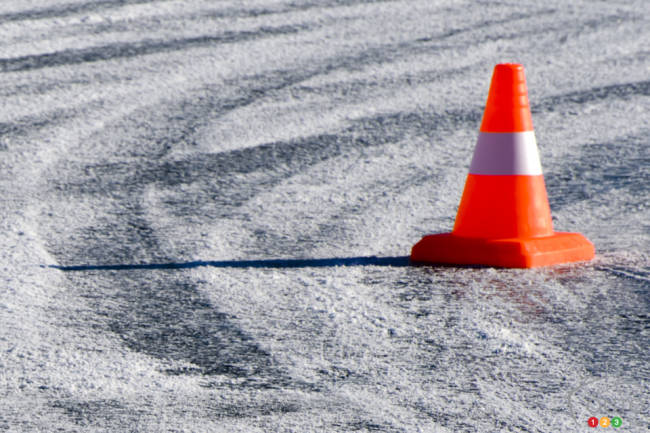