The segment leader that is the BMW 3 Series will have another strong competitor to ward off: Tesla CEO Elon Musk told Auto Express that the company's much-anticipated compact sedan will be called "Model 3" and hit the market in 2017.

This smaller version of the increasingly popular, all-electric Model S will reportedly start at US$35,000 and offer a range of about 200 miles (322 kilometres) with a single charge. In terms of size, it will be pretty similar to the 3 Series.

"A versatile, usable all-electric car at $35,000 would be a hit in the marketplace, but an important key to versatility and usability is range. If Tesla Motors can figure out the range issue and the associated charging time/charging station issue, they will strike gold," said Jack Nerad, an analyst for Kelley Blue Book.

Elon Musk mentioned that he initially planned to use the name "Model E," but took a different route after Ford called dibs.

We don't know exactly when the new Tesla Model 3 will make its public debut, but the Los Angeles Times once suggested that the 2015 Detroit Auto Show could be a possibility. 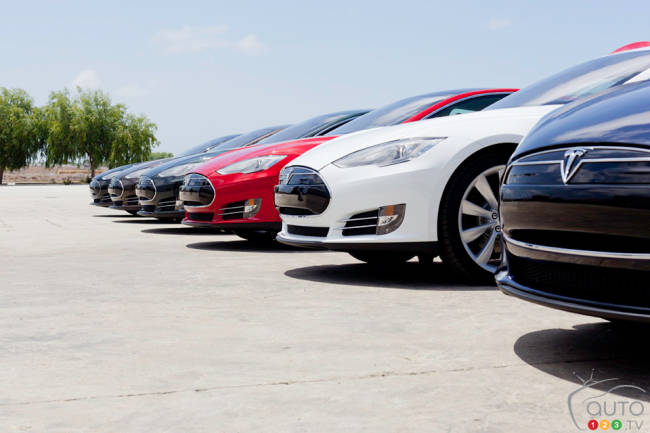