Status Symbols on the Road

I've had the privilege to drive some pretty impressive vehicles over the years. From Bentleys to Lamborghinis to Porsches and everything in between (on the luxury scale), I've been behind the wheel of many of them.

And here's the thing: Each one garners a specific reaction from other motorists on the road. From looks of disgust and distain to nods of approval and thumbs up, I've seen it all. However, no other vehicle is as neutral in its acceptance as the Land Rover.

First off, I adore these products. They are unapologetically what they are meant to be; big, gas-guzzling off-roaders. Luxurious and capable, Land Rovers of all shapes and sizes are cut out to do a specific job and they do just that.

They are also status symbols. The rich and famous rock them like Honda Civics, and they are often used as daily transportation vehicles for very the well off. Despite this, I've never been associated with snobbery when behind the wheel of one.

If anything, I'm respected more.

Take, for example, a recent road trip I took with the brand new 2014 Range Rover Sport. Decked out in bright red with blacked-out rear windows, I made the near 1,200km two-way trek in style and comfort, and without one foul look from fellow drivers on the long, boring highway.

Motorists moved without much coaxing as I approached in the fast lane, my turn signal was almost always respected, and I the only double takes I received where no doubt due to the fact that I look like a 12-year-old in terms of my size compared to the brutish British SUV.

In parking lots, I'm generally given the right of way, and thanks to the Landie's ability to go anywhere parking usually isn't an issue anyways...

To me, this says a lot about the brand. Drive a BMW and you're automatically a bitch. Drive a Mercedes and you're a sheep following the crowd and trying to be cool. Audis are respected a bit more, but if it's a TT all hope is lost. Porsches fall into the BMW category if you're a woman behind the wheel, and respect drops exponentially if it's a Boxster. Bentley, and you're trying way too hard and probably sleeping with someone who has a lot of money.

I do not agree nor condone these assumptions and stereotypes, but they exist. So, it's nice to drive a high-end luxury brand like Land Rover and not have to think about it or deal with the stink-eye from another driver on the road. While most of the negative association comes from the fact that I'm not only driving these high-end cars, but also a woman, the fact remains that the feelings from other drivers are there. Men feel it too, this I know.

What does all of this mean? Well, if you want to coast through the streets in plush, British comfort at the wheel of your luxury vehicle without gawkers or judgment, go for a Land Rover. Every time. 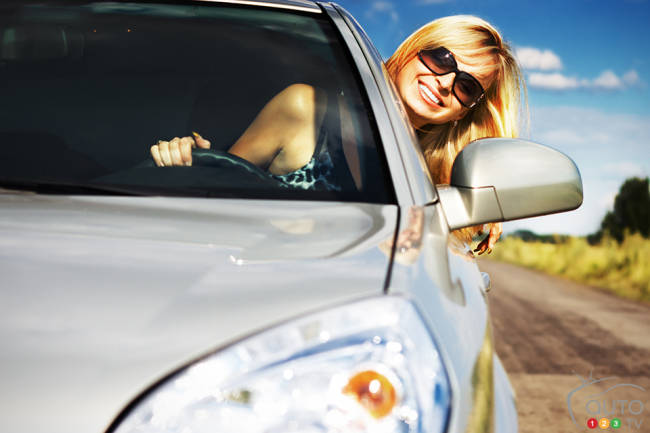