How to: Boost Your Battery

With winter just around the corner, one of the most important things you can do to ensure your vehicle's reliability during the cold months is to have your battery checked. Although many last longer, it's a good idea to replace a battery after five years for your own peace of mind.

However, even brand-new batteries have been known to lose their charge when the mercury falls below zero.

Most of us have had that horrible realization that we've left our lights on. Returning to a cold, dead car on a snapping cold winter night is one of life's most unpleasant experiences.

Be sure you're prepared by having a good set of jumper cables in your car at all times.

Jump-starting a car is a pretty simple procedure, but like anything involving electricity and/or heavy machinery there are inherent dangers if not done correctly.

If you can't get ahold of a pal or family member, there's usually a good samaritan nearby willing to give you a boost. 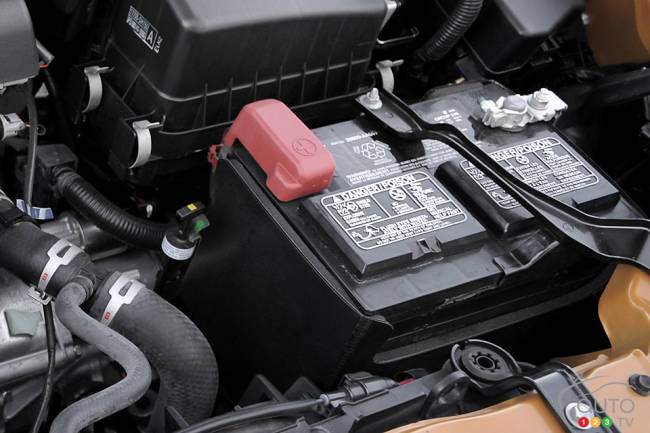 • First off, line up both vehicles so that the batteries are as close as possible --without touching each other. Ensure that both cars are off and safely in park.

• Make sure that your accessories are off, and your cell phone is unplugged. Jump-starting your battery can cause a voltage spike of 300 volts; enough to fry your sound system or any personal device connected to the vehicle.

• It's a good idea to keep a battery terminal cleaner in the glovebox. Any corrosion can prevent a good connection. They're inexpensive and resemble a socket containing wire bristles that fit over the battery posts. Wipe off any spilled battery acid that prevents seeing the clearly marked positive and negative terminals.

• Positive battery cables generally (but not always) have a red cover over the connection. If not, there will be a plus sign ( "+" ) next to the positive terminal, and minus ("-") beside the negative. They correspond with the positive and negative clamps on your jumper cables.

Important: Do not let the clamps touch each other, or anything else! To be on the safe side, keep the positive and negative clamps as far away from each other as possible. This is where it really helps to have an extra set of hands.

• Connect the negative (-) clamp of your cable to the negative (-) terminal of the good battery, and the other end to a solid, grounded metal piece on the dead vehicle. A big, shiny, paint-free nut, alternator bracket or radiator support will do. Keeping the negative cable away from the dead battery will reduce the chance of an explosion.

Using this sequence of attachment minimizes any possibility of sparking, which can cause battery failure.

• Start up the good car's engine, and let it run a few minutes to "jump" the dead battery. Try the dead car. If it cranks, but doesn't turn over, it may need a few more minutes. It's a good sign if the interior lights come on, it indicates you've hooked everything up correctly. Once the previously dead car is running, let it idle for a while to recharge its battery.

• Shut off the good car and remove the negative clamp, then do the same from the running car. Don't let them touch!

Remove the positive clamps and store the cables in the trunk as a safeguard for next time.

Read more on the subject
Maintenance
}