Honda's new S660 is a cute little roadster... available in Japan only

The little two-seater (3.4m long) boasts a 3-cylinder turbo engine that produces 63 horsepower through a 6-speed manual transmission or a CVT with paddle shifters. The steering wheel has the smallest diameter (350 mm) among all Honda mass-market models.

What's more, in order to commemorate the market launch of the S660, Honda will sell a total 660 units of the S600 Concept Edition. This special edition was developed based on the S660 CONCEPT, a concept car Honda unveiled at the Tokyo Motor Show in 2013, and features an enhanced sense of high quality.

Will the Honda S660 come to other markets? Does it foreshadow the rebirth of the S2000 in North America? Time will tell, hopefully soon enough. 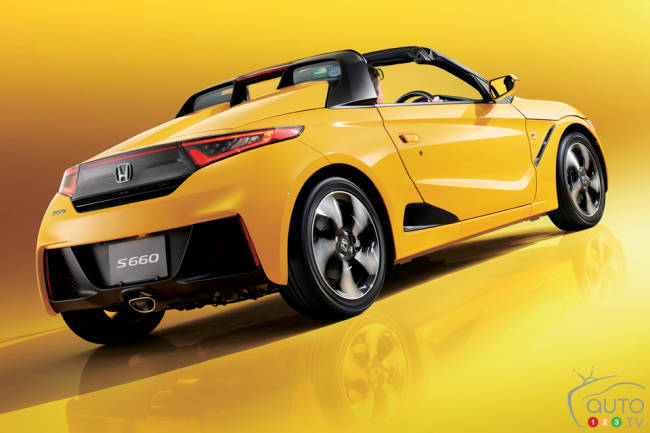