Herbie the Beetle to be auctioned off

Remember Herbie from Disney's Herbie Goes to Monte Carlo and Herbie Goes Bananas? Of course you do. Well, if you've ever dreamed of owning that loveable Beetle, now's your chance: Barrett-Jackson will put the car on the block in Palm Beach on April 17th. It is estimated to be worth well into the six figures.

One thing you must know: This isn't the same Herbie that starred in the original movie, The Love Bug. Doug Kaufmann, a Herbie enthusiast and collector, purchased the car and commissioned Dan Miller, well-known VW restorer and Herbie expert, to restore the interior exactly as it was in Herbie Goes to Monte Carlo. It proudly sports the "53" number on the doors and hood, as well as its famous red, white and blue stripes. The 1,835cc engine with dual Kadron Solex carburetors is included, too.

Buyers beware: Herbie may squirt oil on your feet as it did in the movie! 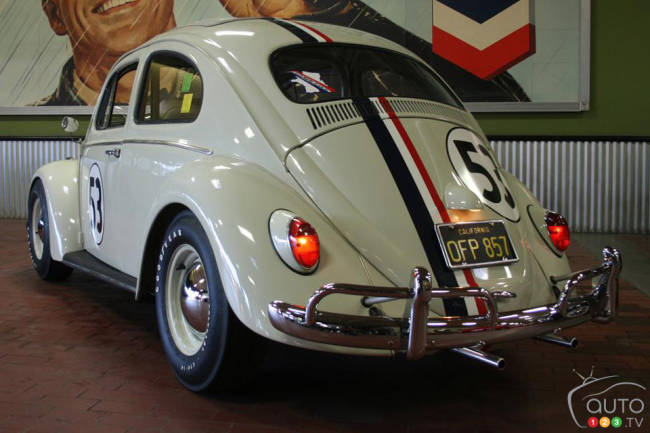