Confidence in your Car

On a recent trip to Iceland a few things were made incredibly clear to me: A) We live on a wild and wonderful planet full of incredibly beautiful and often unknown landscapes we should all hope to see in our lifetime at least once; and B) That traversing uncertain terrain behind the wheel of a vehicle becomes much less stressful and can even be enjoyable when you have confidence in the car you're in.

I was behind the wheel of a 2015 Land Rover Discovery Sport, a highly capable off-roader and SUV. These large vehicles can pretty much handle everything; from river crossing to snow-covered rock climbing and icy hill descents, and they do it all without so much as a tire spin.

Land Rover makes a series of highly capable vehicles designed to handle everything from the Dakar deserts up to the barren, frigid terrains of Iceland and Greenland alike. Because of that, when you're behind the wheel of one -- even if you're just driving down the street to pick up milk ---you can rest assured your Landie is going to keep you safe and get you there in one piece. And I think that changes the way we drive.

This week, I'm behind the wheel of a 2015 Subaru Impreza. A few weeks ago I had a 2015 Toyota Corolla. These vehicles are in the same segment, they compete against one another, therefore, they should offer the same "feel" behind the wheel. They do not.

I am driving in, essentially, the same conditions with both cars: cold, fresh snow, ice underneath. However, I am not driving at all the same in the Impreza as I did with the Corolla. Why? Because the Subaru inspires confidence in me, and the Corolla did not.

Of course, that has a great deal to do with the Impreza's AWD versus the Corolla's FWD set-up in the same wintery conditions, but that's part of the confidence-inspiring nature some cars have over others.

Back to the Land Rover in Iceland for a moment: I'm not sure I'd have been able to drive the way I did or enjoy the drive as much as I did had I been in a less-capable vehicle. Knowing the Land Rover had the technology and engineering to keep me safe on the extremely icy and always-changing Icelandic road surfaces ensured I could instead focus on being a better driver.
It's those little hesitations, those moments of being unsure of whether or not your car has the capability to do something that often results in a bad situation. I never felt that in the Land Rover, not for one second. And I feel pretty much the same way in the Impreza.

It's not about feeling invincible. That's not the case here at all. I know my mortality is always there, however, it's about knowing you have the ability that helps you be a better more focused driver.

So, here's to confidence-building vehicles like the Land Rover making better drivers of us all. 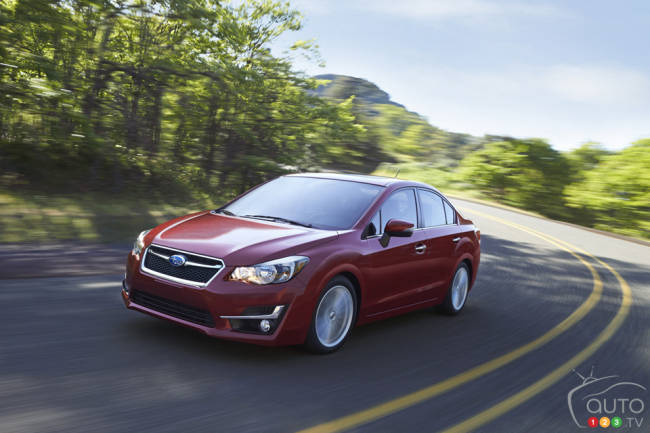