The 2015 New York Auto Show featured the surprise debut of the 10th-Generation Honda Civic Concept with the sportiest Civic design in brand history.

With a sharper focus on spirited performance and class-leading versatility, the new Civic will go on sale this fall. The lineup will include Civic Sedan, Coupe and Si models along with the return of the Civic hatchback, followed by the launch of a new Civic Type-R as the performance flagship of the Civic lineup.

Moreover, the new Honda Civic will be the first North American model to apply new VTEC Turbo engines from the company's Earth Dreams Technology powertrain series. One of them is a 1.5L VTEC Turbo unit that will help the Civic target class-leading fuel economy ratings and fun-to-drive performance.

Featuring a longer wheelbase and a lower, wider stance, the new 10th-generation Civic will also be built on a new platform. Proportionally it boasts a longer hood, a shorter front overhang, a more set-back greenhouse, and a shorter rear deck.

"The new Civic will be, flat out, the most dynamic, the most technologically advanced and the most refined and stylish Civic we've ever made," said Dave Gardner, senior vice president of operations, Honda Canada Inc. "We couldn't be prouder to be the global manufacturing lead for this epic vehicle, and they'll be built by Canadians right here in our renowned Alliston, Ontario facility." 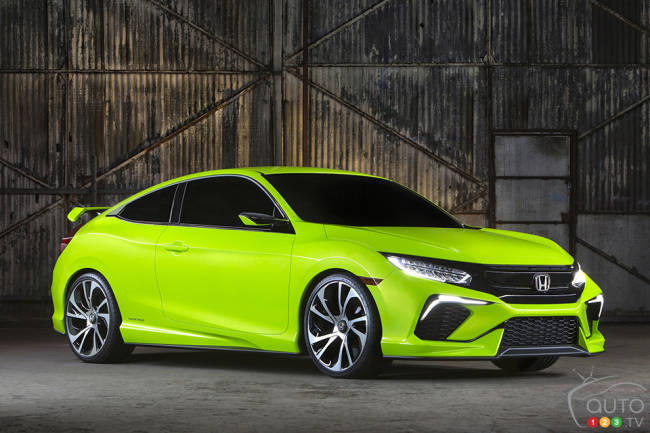