According to Fiat, if you're looking for some "eco-friendly love" then you should look no further than the 2013 Fiat 500e. An environmentally friendly take on the already popular hatchback, Fiat has entered the EV game with a cute, original player that's sure to capture some hearts (and wallets) -- as long as you're on the West Coast. 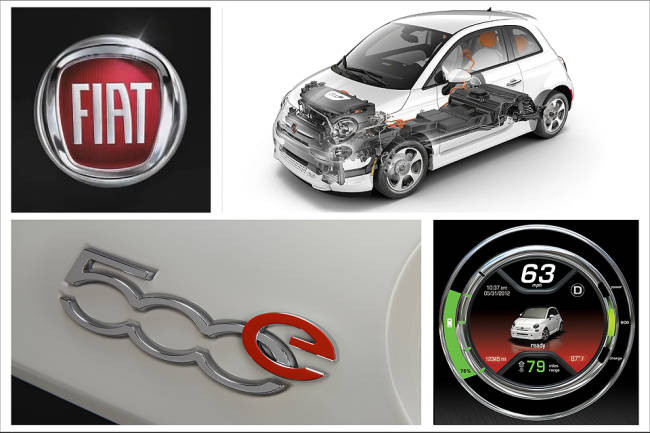 An A-segment hatchback, the Fiat 500e is an electrified version of the popular Cinquecento. Unfortunately, unless you're a Californian you won't be able to buy one. The 500e is available only in the Sunshine State -- and it has completely sold out already. It's what's known as a "compliance car," built to satisfy California's requirements that any volume automaker selling cars in that state must also offer an electric variant. 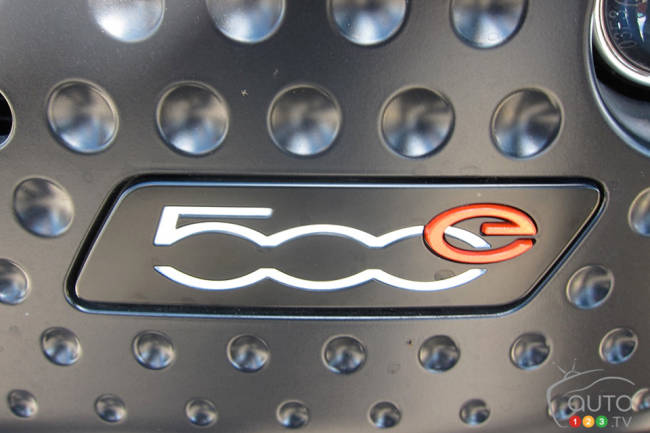 An A-segment hatchback, the Fiat 500e is an electrified version of the popular Cinquecento. (Photo: Lesley Wimbush)

Powered by a permanent magnetic electric motor putting out 111 horsepower and 147 lb-ft of torque, the 500e claims a class-leading range of 108 MPGe. The charge is stored in a 24 kWh lithium-ion battery. There's a single-speed automatic transmission to translate that power to the wheels. 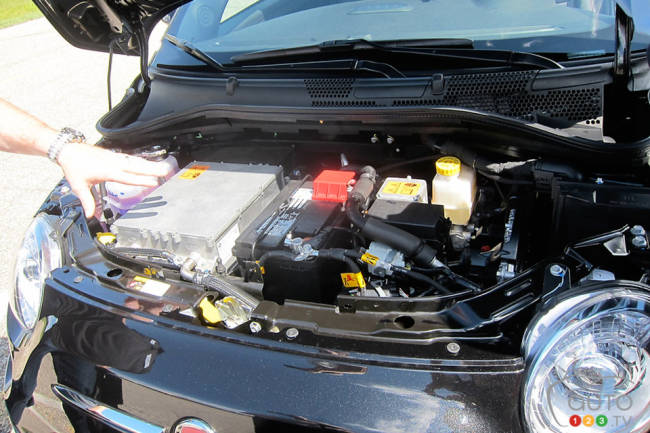 Powered by a permanent magnetic electric motor putting out 111 horsepower and 147 lb-ft of torque, the 500e claims a class-leading range of 108 MPGe. The charge is stored in a 24 kWh lithium-ion battery. (Photo: Lesley Wimbush)

The Fiat 500e shares most of the same styling features as the regular 500, with an exterior that's been tweaked to provide better aerodynamic efficiency. There are just a few external cues differentiating it from its gasoline counterpart: streamlined alloy wheels, rear spoiler, and perforated, dot-patterned front and rear fasciae.

Inside the 2103 Fiat 500e, there are a few notable changes over the regular variant including a push-button "transmission", a revised gauge pod and a full-colour display for battery level, energy flow, range, and speed. There's no sprouting shrubbery or flocks of frolicking butterflies rewarding you for frugal driving; instead a simple arrow lets you know how you're doing, power use-wise. The 7" instrument screen displays vehicle functions and charge levels, while the dash-mounted TomTom shows charge schedule, range, and location of charging stations.

Much of the 2013 Fiat 500e's power supply was developed by Bosch who produced the battery, motor, and electrons. 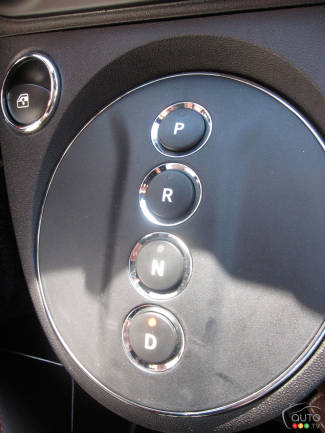 Inside the 2103 Fiat 500e, there are a few notable changes over the regular variant including a push-button "transmission". (Photo: Lesley Wimbush)

We drove the 500e at Chrysler's Chelsea Proving Grounds, a 3,850-acre site near Ann Arbor Michigan where new products are tested for handling and durability. Among the several tracks are a steeply banked oval for high speed and performance testing, a two-lane "ride road" with a variety of surfaces to evaluate suspension, noise and vibration, and a small road course featuring several hairpin turns.

The 2013 Fiat 500e has a specially designed chassis and suspension to accommodate the battery that's located in the lower body structure for optimum centre of gravity and a better weight balance at 57/43 than the regular version's 64/36.

As a result, the 500e feels stiff, planted and so well balanced that it is actually a lot of fun to drive. The low centre of gravity gives it an air of solidity lacking in the other 500 models -- and it's a fraction faster than the base 500, but not as fast as the Turbo.

That sense of eerie quiet is amplified by extra EV-specific sound deadening. There are 13 different steps taken to improve noise, vibration, and harshness. Of course, there's no overtaxed buzzing of a tiny 4-cylinder to contend with, either.
The silly dash-mount location of the Navigation (as in the regular 500) is a real sight obstruction, and looks flimsy to boot.

Unlike many hybrid and EV braking -- which can be grabby with a sense of drag when the pedal is lifted -- the 2013 Fiat 500e's "blended' braking feels more natural while still regenerating. 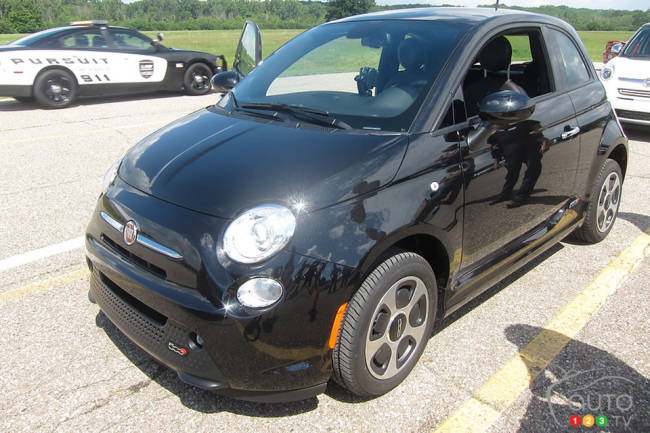 The 500e feels stiff, planted and so well balanced that it is actually a lot of fun to drive. (Photo: Lesley Wimbush)

There are no plans to bring the Fiat 500e to the Canadian market. Too bad, because it's not only one of the best-looking electric vehicles currently available it's actually better to drive than the original gas model.